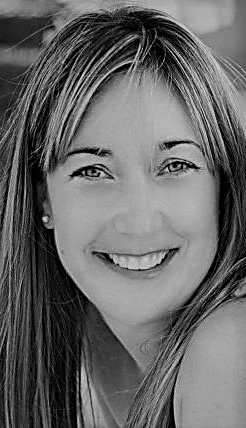 Allyson Lewis (Founding Owner, Ballet & Jazz Instructor) began Once Upon a Ballet in 2004 as a true labor of love. Combining her passions for ballet, theatre, and costumes studied dance at the Fine Arts Center in Greenville, where she danced for the Greenville Ballet and attended the SC Governor’s School for the Arts. She received a talent scholarship to attend New York University’s prestigious Tisch of the Arts, graduating with a Bachelor of Fine Arts in Dance. In New York, she danced professionally and performed works by nationally acclaimed artists such as Twyla Tharp, Ronald K. Brown, and Doug Varone. Skilled in ballet, jazz, modern, musical theatre, and tap dance styles, Allyson danced professionally in New York and Japan. She was among the last of the American casts featured at Seagaia’s Ocean Dome in Miyazaki, Japan where she performed in over 900 shows and danced the feature role of the Fish Queen. She has traveled as far as Portici, Italy to teach ballet as a volunteer at Casa Materna Orphanage for children ages 3 – 16. Allyson has been teaching for 14 years, specializing in pre-ballet, creative dance and jazz for musical theatre. Allyson formed Once Upon a Ballet in 2004 upon her return to SC. Over the last 10 years, since 2011, Allyson has produced 32 titles for MTC, and with repeat performances 50 musicals to date. 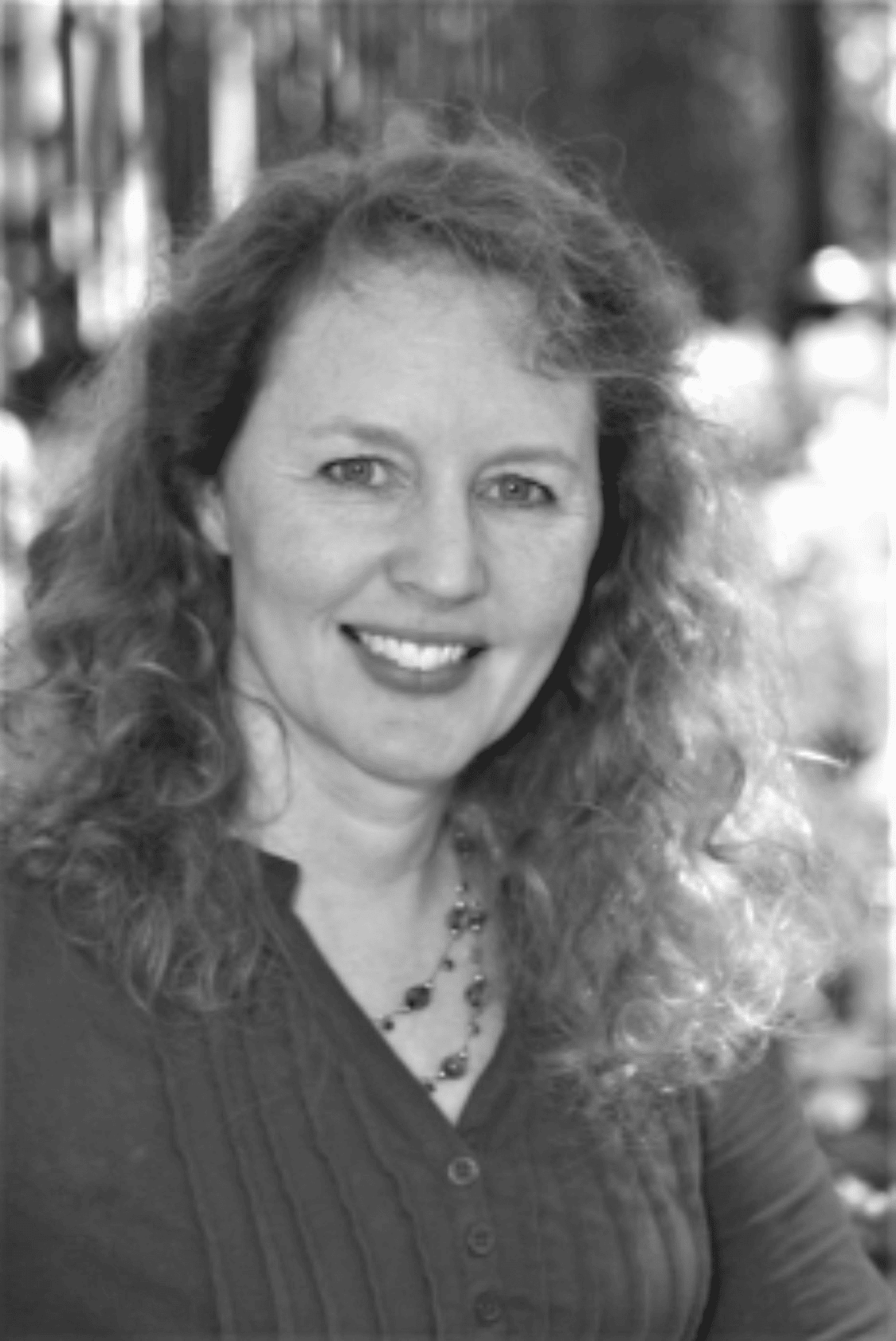 Laura Turner (Music Director, Director) Laura received her B.F.A. in Dramatic Writing and an M.F.A. in composition for Music Theatre concurrently from New York University. Since 1994, she has been an Associate Professor of Theatre at the College of Charleston where she began the Theatre for Youth program and a Masters program preparing K12 music and theatre teachers.
In 2008, she created a program for special needs theatre with the City of Charleston Therapeutic Recreational Services. This program was a top ten national finalist for the “Robert Gard Arts in the Community” Award; winner of the State Commission for Higher Education Community Service Award; and won the state award for “Excellence in Parks and Recreation Programming”. Musical Theatre Center (MTC) students have been a part of the program as well.
Professor Turner also co-created the “We the People Summer Experience” which brings together MTC middle and high school students with students from NYC to build bridges across racial divides using immersive history and theatre experiences. College of Charleston theatre education undergraduate and graduate students helped lead the experiences which have taken place in New York City and Charleston the past 3 summers.
Laura co-directed the Junior Theatre Festival’s (JTF) version of James and the Giant Peach that won the top award given at the national festival – the “Outstanding Performance Award”, directed and wrote the JTF version of The Little Mermaid, JR, where the students won an “Excellence in Dance” award, directed Aladdin, JR, as well as the JTF version of Aladdin, JR where the students won an “Excellence in Acting” award.  Laura also directed Peter Pan, JR; Shrek, JR and Madagascar, JR all here at MTC. She has also been the Music Director for countless shows since MTC’s first musical production in 2011. 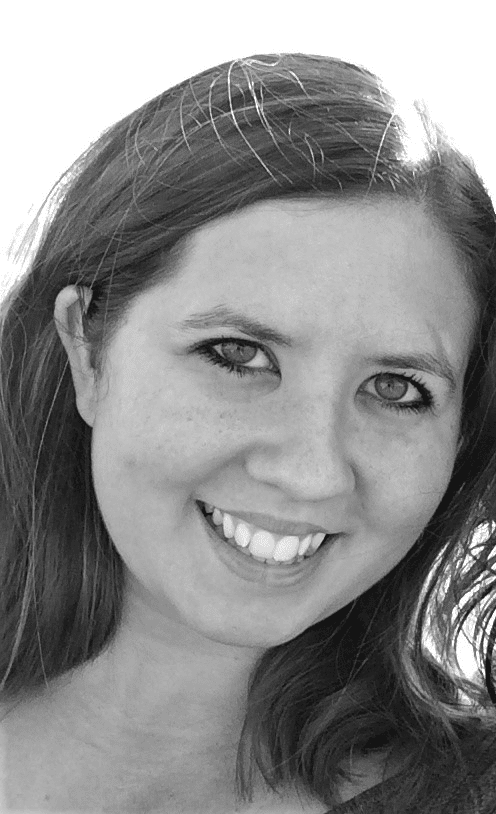 Shelby Magers (Director, Acting Instructor, Office Manager) Shelby Magers is a graduate from the College of Charleston with a B.A. in Theatre for Youth. She has worked with kids of all ages for twelve years, including Assistant Teaching at N.E. Miles Early Childhood Education Center and Spann Elementary School. Shelby has worked with Once Upon a Ballet and The Musical Theatre Center for over seven years and has loved every minute of it. Among directing the Player’s Troupe, Shelby is also the Operations and Studio Manager. When she’s not working, she is the Children’s Coordinator at Life Community Church and enjoys spending time with her two dogs, Todd and Tucker, cat, Lucy her husband of seven years, Patrick, and their four-year-old Anderson and baby Benjamin.
Shelby was the director of Winnie the Pooh, KIDS, the 2018 Holiday Gala, the Jr. Company/ Players performance in Disney, Aladdin, KIDS, Aristocats, KIDS, Dear Edwina, JR, Frozen, KIDS, and Madagascar, JR. She has taught several acting classes at MTC and has also played a role of organizing Showstoppers over the years. 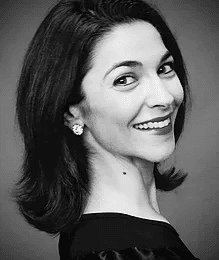 Emily Gracie Miller (Choreographer, Tap Instructor, Director) Emily enjoys performing with her sister, Lacy in the national touring act, “The Gracie & Lacy Show.”  She has traveled with the sister act for 20+ years and specializes in tight harmonies, singing the songs of Audrey Hepburn, impersonating Comedienne, Gracie Allen and of course tap dancing the choreography of Fred Astaire and Ginger Rogers!  She has performed at venues ranging from Broadway’s Supper Club at Feinstein’s 54Below in NYC to the Winter White House Mar-a-Lago In Palm Beach, FL. She has appeared on ABC, NBC and has worked with HBO. Born and raised in St. Louis, MO, Emily and her sister co-directed & produced over 50 productions for their theatre company, Broadway on the Driveway, which ran for 18 years in St. Louis. Favorite directing credits include: “Singin’ in The Rain,” “White Christmas,” and “The Sound of Music.”  Emily studied voice under the direction of Diane Huber (President of Sweet Adelines International) and received instruction in dance from Kim Miller (instructor at Washington University).  She now resides in Charleston, SC, the home of her ancestors.  When she is not performing, Emily loves reading, dancing and baking all things chocolate!  She is currently making revisions to an original musical she wrote with her sister, “The Four Freedoms – A Tribute To Norman Rockwell.”

Alyssa Bogosian (Ballet, Jazz, Lyrical Instructor and Choreographer) Alyssa is a graduate of the Ohio State University, where she earned a BFA in Dance with a focus in Pedagogy, as well as a BA in Italian.  She is a native of Pittsburgh, PA, where she trained for 6 summers at Point Park University’s International Summer Dance Intensive, and went on to complete Point Park’s Pre-Professional Dance Program.  As a teen, she was selected to perform with the Pittsburgh CLO in their production of 42nd Street.  Continuing her education at Ohio State offered Alyssa the opportunity to perform in work by several notable faculty, including award-winner Bebe Miller, as well as train under artists such as Susan Hadley, Jessica Zeller, and Ming-Lung Yang.  She also created and performed her own contemporary choreography, was featured in the theatre department’s production of AIDA, and choreographed Hairspray for the esteemed Fort Hayes Arts and Academic High School.  Alyssa then toured with Latshaw Productions, a performance troupe based in Monroeville, PA, and danced in site-specific works for the Dublin Arts Council and Summer Statehouse Series in Columbus, OH.  She has since turned her attention fully to teaching and sharing her passion for dance with others, and has taught many styles of dance to students of all ages over the past 10 years.  She is excited to continue her teaching and choreographing journey with Musical Theatre Center! 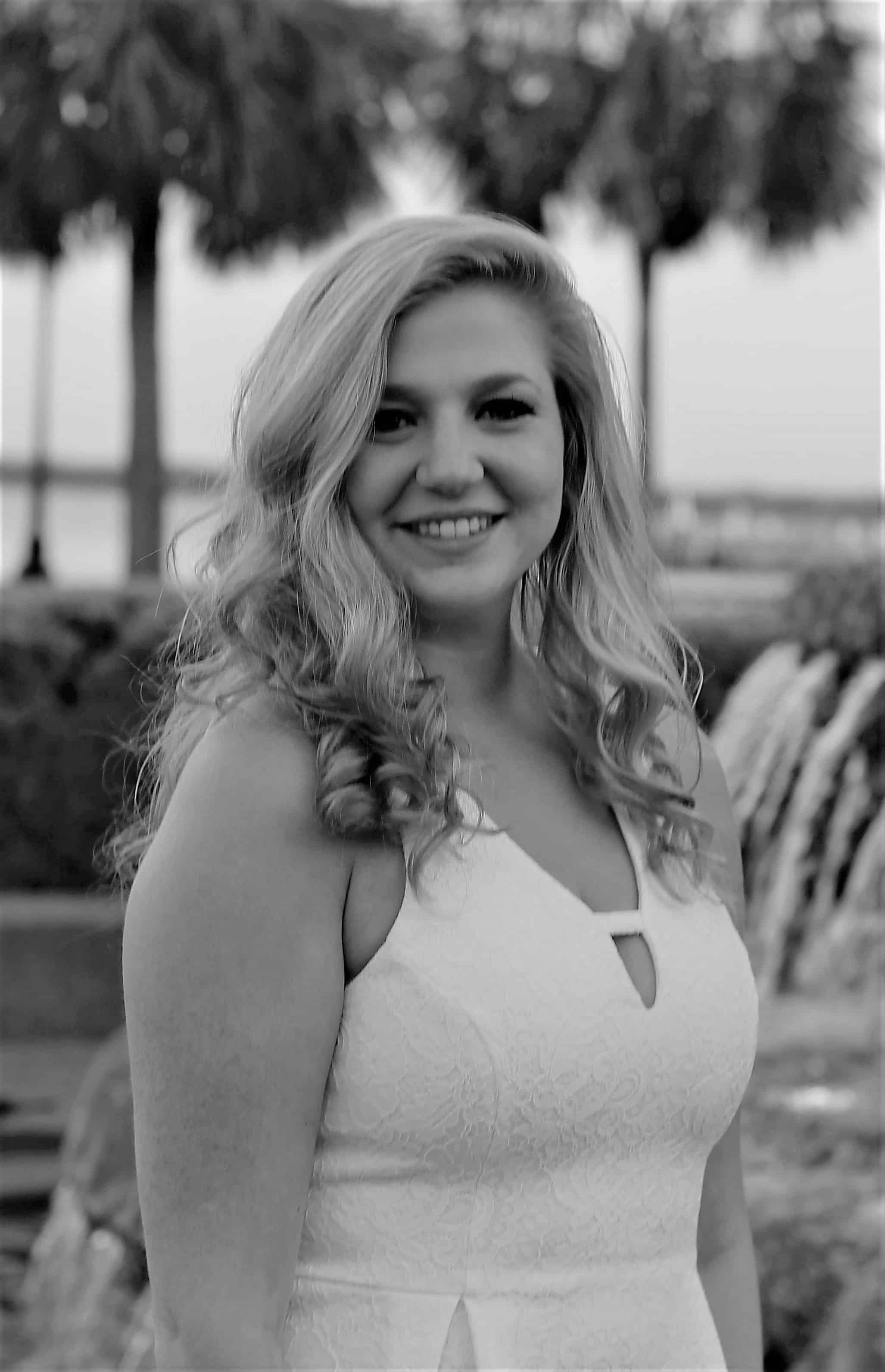 Elaina graduated from the College of Charleston in 2018 with a Bachelor’s degree in Communication and a double minor in Theater and Arts Management. During college, she was the 2-year President of the all-female A Capella Group, The AcaBelle’s. Growing up, she was in an award-winning Advanced Show Choir, and she was also involved with musical theater since she was 5 years old. Elaina started working at MTC in the fall of 2016 and is now the production stage manager for all MTC productions, and Co-Directed Madagascar, JR last Spring. She runs the social media panels and is the office Program Manager. Elaina teaches Acting and Musical Theater and will be directing Willy Wonka, JR in the Spring of 2022! One of her favorite memories at MTC was when she co-wrote the Junior Theater Festival script of Aladdin, JR that Sr. Company took to Competition and won excellence in acting award! 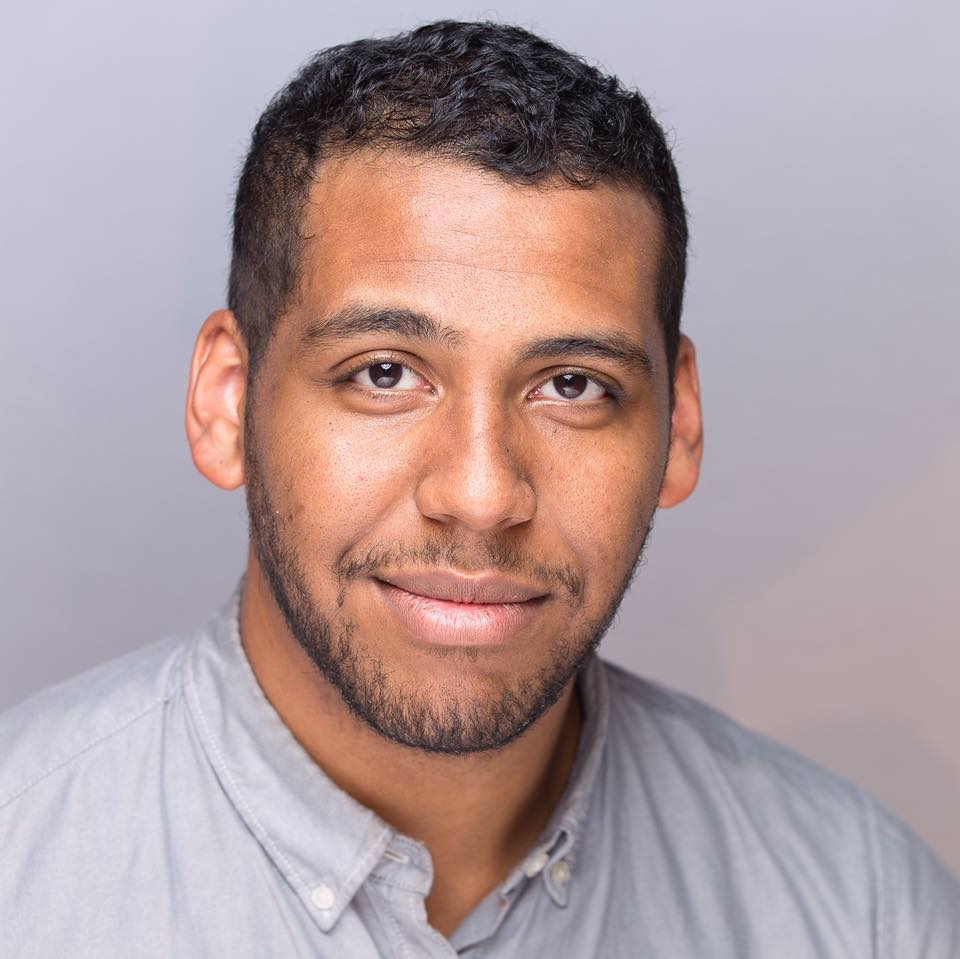 Clyde Moser (Director, Acting Teacher)
Clyde Moser is a Charleston, South Carolina-based actor, dancer, vocalist, and educator. Clyde graduated from the College of Charleston in 2017 with dual degrees; BS in Middle Grades Education and a BA in Theatre Performance. At The College, he was in multiple shows such as RENT, Addams Family, Spring Awakening, and A Chorus Line. He held multiple leadership positions on campus such as; Charleston 40, Chucktown Trippintones, and Center Stage. He was a member of the Call Me Mister program, supporting Black male presenting teachers, and was awarded the SafeZone Advocacy Award for his work promoting the visibility of LGBTQ and Gender Minority students on campus. Following graduation, Clyde taught at the Musical Theatre Center in Charleston. Soon after teaching Jazz, Improv, and Musical Theatre, he moved to NYC. He performed in the New York Summer Play Festival as well as a world premiere production of “A Christmas Carol: A Queer Fantasia” and portrayed the love interest of Scrooge. He worked at Broadway.com, SpotCo Ad Agency, before finally settling at a music business firm, working for Billie Eilish, Lizzo, and Sara Bareilles. Clyde moved back to Charleston to pursue his Master’s in Teaching Theatre at his Alma Mater. 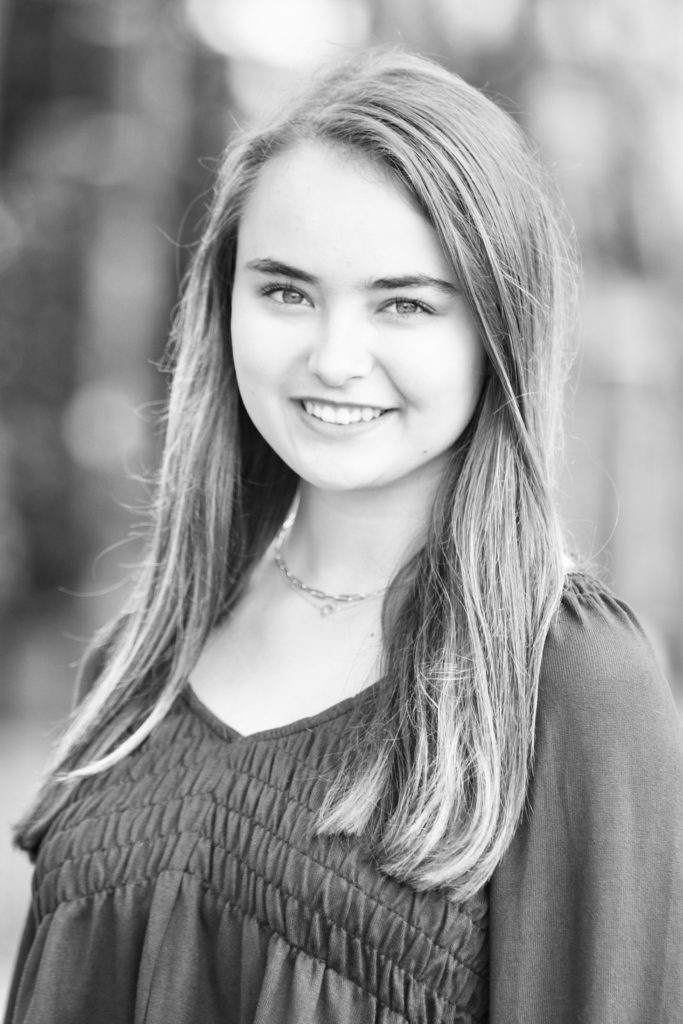 Sarah Czarnecki is currently a senior at Wando High School and has been a member of OUAB/MTC since she was in 8th grade. She is a current member of Musical Theatre Center’s Senior Company. She has performed in many shows at MTC which include, Frozen Jr., Guys and Dolls, Xanadu Jr., The Addams Family, and more. She has been teaching summer ballet/musical theatre camps for the past 2 years and has been assisting with camps since she began MTC/OUAB. She will begin teaching ballet and musical theater in the fall! She is looking forward to a great year ahead! 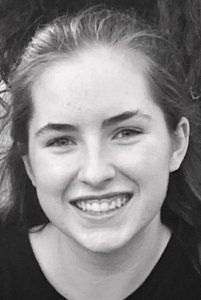 Ellie Schrupp is a homeschooled junior and began taking creative ballet classes at OUAB when she was two years old.  She discovered her love for musical theater when she was six; and has been performing ever since.  She is currently a part of MTC’s Senior Company, and recently performed as Wednesday in The Addams Family, and Olaf in Frozen.  She has been trained in ballet, jazz, contemporary, tap, acting and vocals under the direction of many wonderful teachers. This is Ellie’s second year working with MTC.  This past year she stage managed the workshops Winnie the Pooh Kids, Newsies, Lion King Kids, and High School Musical. She has also assisted with many Players productions and taught several summer camps in the past.  She hopes to study Theater for Youth and become a director and choreographer for children’s theater. 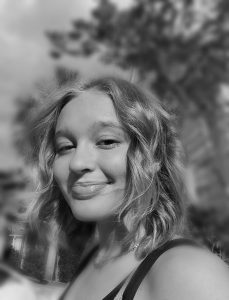 Lindy Turner is currently a junior at SHEEP education and has been going to OUAB/MTC since she was 3 years old. As of now, she is a member of Musical Theatre Center’s Senior Company. She has performed in multiple shows, including Annie, portraying the role of Annie, Sebastian in The Little Mermaid, JR, Anna in Frozen, JR, Elle in Legally Blonde, JR, and many others. She assisted and taught summer camps this summer, and is currently teaching a Musical theater class and will begin teaching a story ballet class this Fall. She is very excited for what is to come this year at MTC!

Musical Theater Center would not be able to pull of our high quality performances without the help of our devoted and very talented staff of coordinators. Headed by Julia Brown and Shelly Schrupp, our costume and properties crew is responsible for visualizing and creating our performers’ costumes and props, as well as many set pieces. Our costuming crew all joined as parents of Troupe members and showed a passion and an understanding of the Musical Theater Center’s vision